Welcome to Compassion Veterinary Clinic
Your Veterinarian in Marlborough,MA
Call us at (508) 481-8387 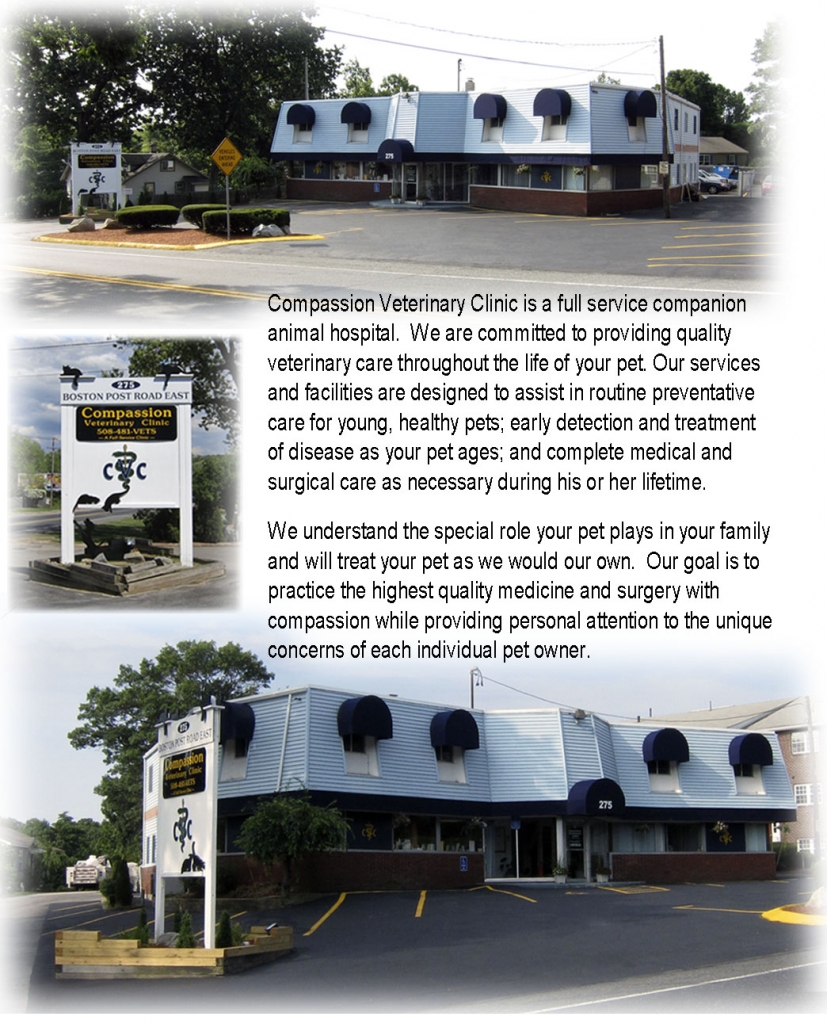 At Compassion Veterinary Clinic, we treat your pets like the valued family members they are.

Learn Who We Are

Read What Our Clients Say

Not sure which house plants are safe for your cat? Take a look at our list. ...

Has scratching become your cat's favorite activity? A skin allergy may be to blame. ...

The grieving process includes accepting the reality of your loss, accepting that the loss and accompanying feelings are painful, and adjusting to your new life that no longer includes your pet. How do I tell my family? Family members usually are already aware of a pet's problems. However, you should ...

Every day, Cindy Fleischner lines up her crew of cuddly canines for breakfast. As the four other dogs eat, Cindy pulls Katy, her 12 year old Shepherd mix aside for a peanut butter treat. Katy is battling lymphoma and this treat hides her daily dose of chemotherapy drugs. Katy is not alone in this war. ...

Lengthy bouts of vomiting and diarrhea can be a sign that your pet has gastroenteritis, a common condition that occurs when the lining of the stomach and intestines becomes irritated. Since frequent diarrhea and vomiting can lead to dehydration, a visit to the veterinarian is a good idea if you notice ...

What You Need to Know About Antibiotics

Using antibiotics incorrectly may harm, rather than help, your pet. ...

Training Tips for Your Pets

Has training your pet been a frustrating experience? These training tips may help. ...

Has your pet's rabies vaccine expired? Update it during World Rabies Day on September 28. ...

Why A Vet Is Your Best Defense During A Zombie Apocalypse

Could your veterinarian help you survive a zombie apocalypse? ...

8 Common Reasons Why Your Dog is Snoring